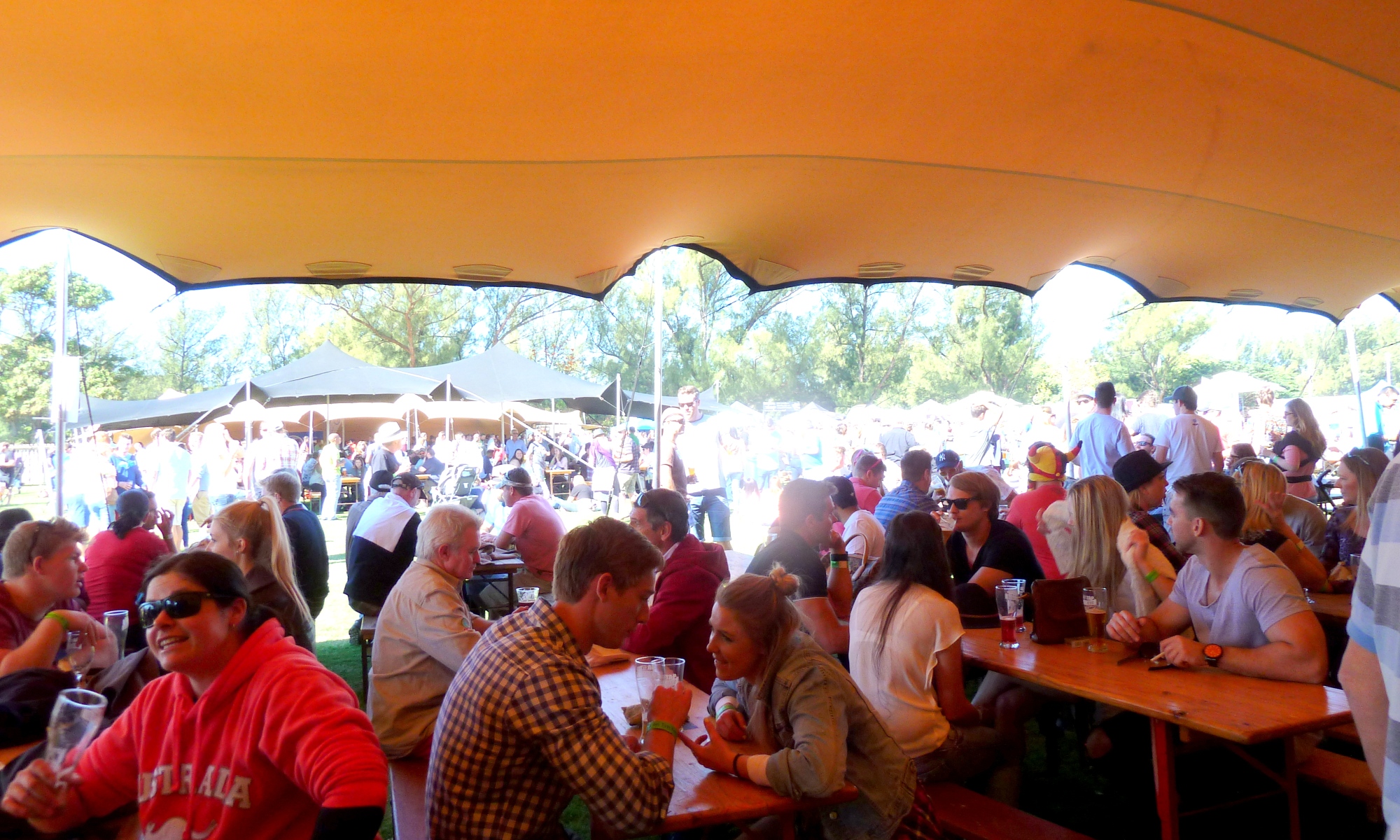 Yes, its International Beer Day and even better Durban just hosted the SAONTAP Beer and Music Festival. Which means we have just been introduced to some amazing South African Craft Brewing companies. The festival is hosted in several cities including, Durban, Johannesburg, and Petoria.

The festival was and is run to support local breweries, local home grown musicians and local food businesses. The entire festival is angled at supporting locally, buying direct and getting to know each other. I was quite excited as I was finally able to meet so many brewers an companies I have been talking to for months.

The gates opened at 10h00 and the lines were already long. We were blessed with clear skies, bright warm sun and everyone came out with their smiles, laughter and keen sense of Craft Adventure. After being scanned, tagged and glassed through the entrance line, festival Director Gavin Kearns welcomed Aidan and I at the entrance. Lay before us was an expansive field filled with benches, picnic blankets, gazebo’s, food stalls and of course the music stage.

Bands like, Gangs of Ballet, Justin Serrao, Rubber Duc and Catlike Thieves, were there to keep the crowd entertained for the event. 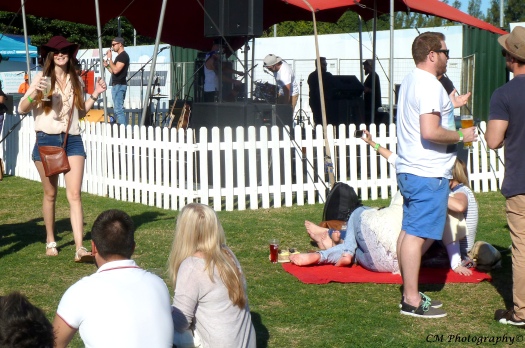 The festival included, not only craft beer but Ciders, Spirits and Wines, all produced here in South Africa.

An interesting and wonderful meet was with Karol from Sxollie Cider. Karol is from Australia originally, but he’s wife is a South African. Between them they create a team who is very passionate about supporting the South African industry and helping people understand that they don’t need to immigrate and go elsewhere to make their dreams an businessness alike a reality. 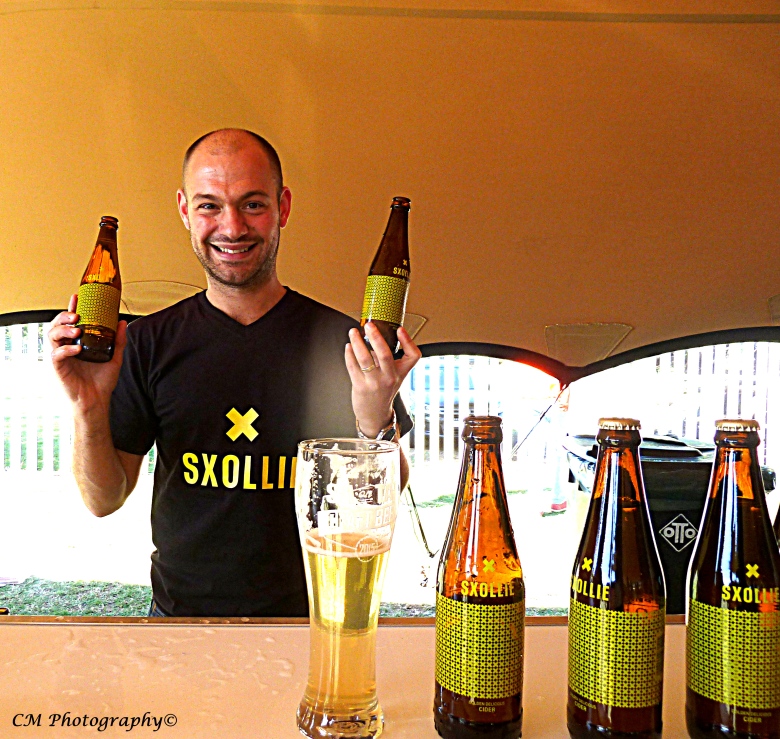 Karol had so much energy when we spoke to him, that I thought he may start bouncing off the canvas roof tent. He was so passionate, so energized to educate so present in the moment. Sxollie were a lovely addition to the festival. I’ll be featuring Karol, Sxollie and their plans in my next Blog Exposure Series, so keep your eyes peeled for that. 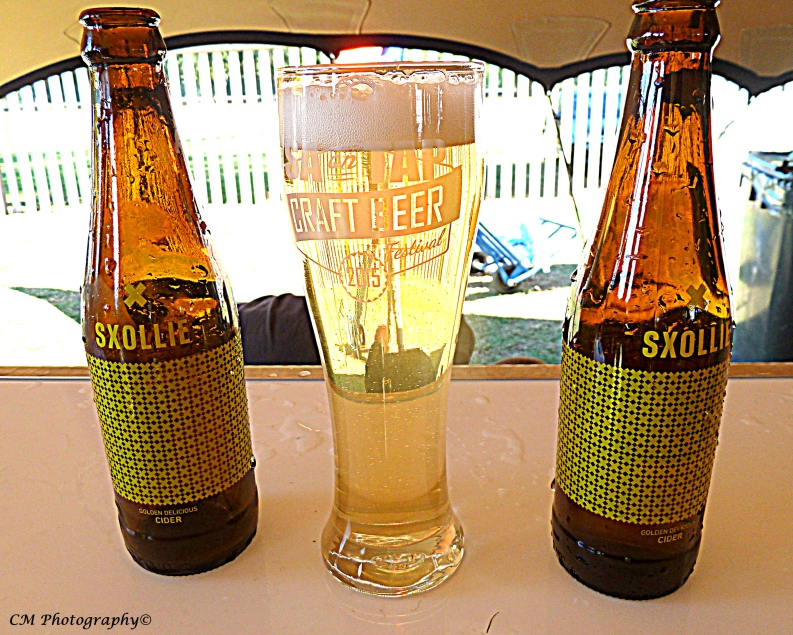 Next a quick stop in at one of my favorite Craft Beer tents. The folks at Robsons were so busy, that we didn’t really get to talk but there were some interesting new selections to the tap selection. Noting the cherry craft,which was being used by the ice cream stall next door to create Cherry Ice Cream Craft? he he he he an interesting blend of ingredients to say the least.

As usual the crowd called for The Hammer of Thor, which has fast become not only a favorite but in demand Craft Beer in Durban. Although served with an 8% warning of caution as you make your way through the range. The brewery is one of the few (I only know of two) who are based in KZN. Hopefully I will be making my way up at some point for a visit and of course a serious re-stock of The Hammer of Thor. 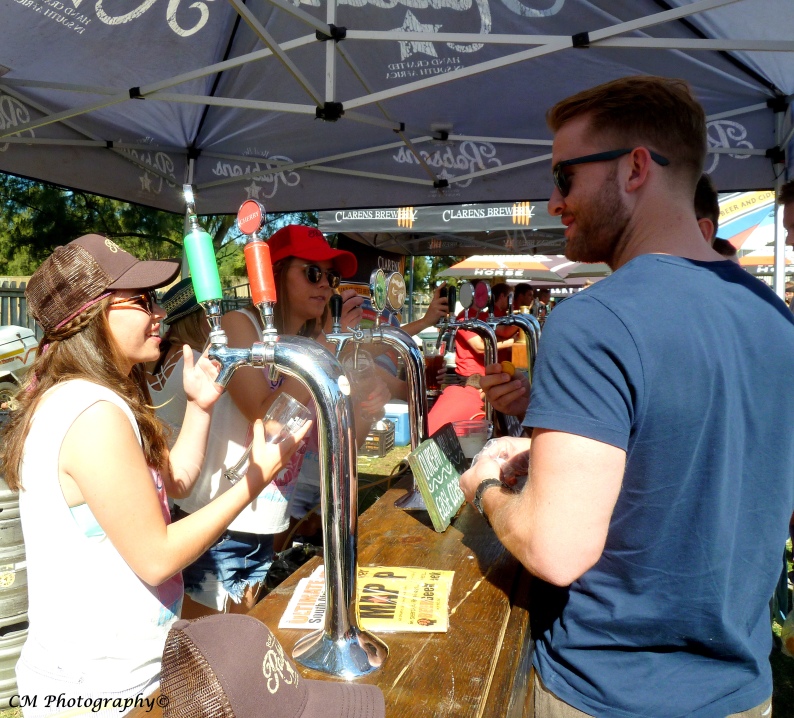 Another Craft that caught me off guard were the folks from Mainstream Brewing Co. While rumor has had it that they are the silent but deadly type, It wasn’t until a taste of the German Amber Ale that I believed this. The Düsseldorf Altbier is a full round craft.  Mainstream Brewing Co. are based in Johannesburg, so those of you in the Jozi area, I definitely suggest you get your hands on a mixed pack for their goodness.

Food stalls were also on their best and show at the event, with delicious creations like below from the folks at Madison Bakery, were on offer all day. 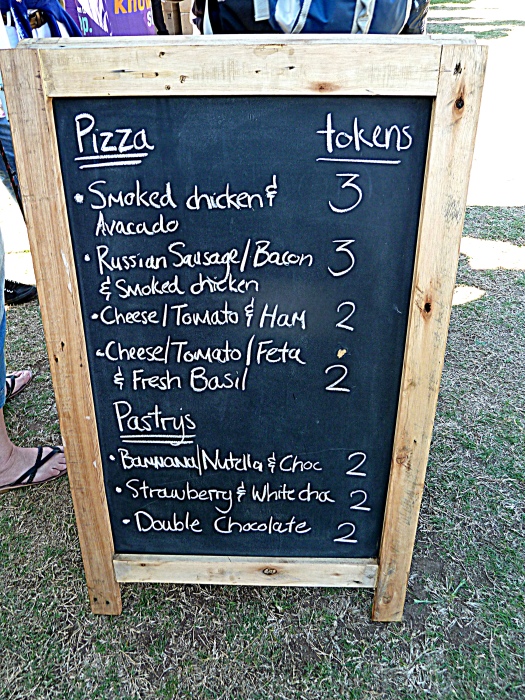 There were surprises all over the place, including extra mega life sized Jenga game spots. Self testing breath-0-meters and tasting tables. 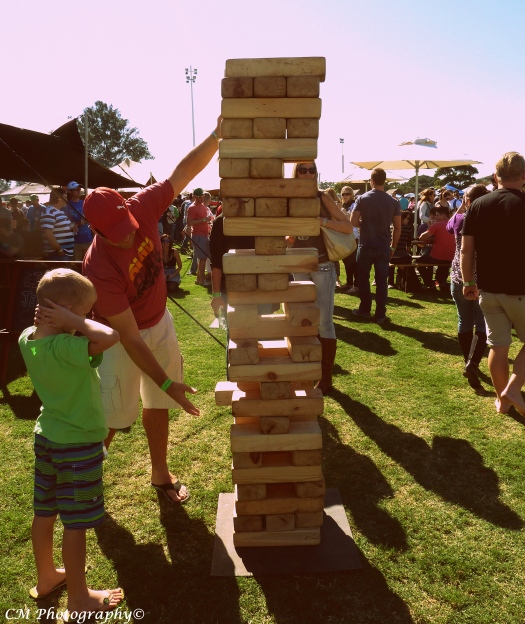 Another  fun Craft stand were the men at Striped Horse. Between pouring craft, growing beards and generally taking time out to just be awesome, I was lucky enough to have a chat with the team about how their day was going. Great reviews all round from them, as they were pleased with the crowd when we spoke to them and loved that Durban had come out and shown its Sunny colors. 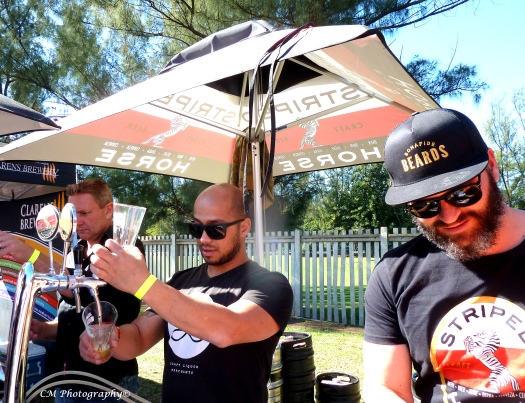 Good Sir William Everson was there himself to pour some lucky ladies some Eversons Cider. I will be doing a write up on the Eversons Cider Range very soon, so keep those eyes peeled. If the team behind the taps were anything to go buy the Cider is going to be a hit during the approaching months. 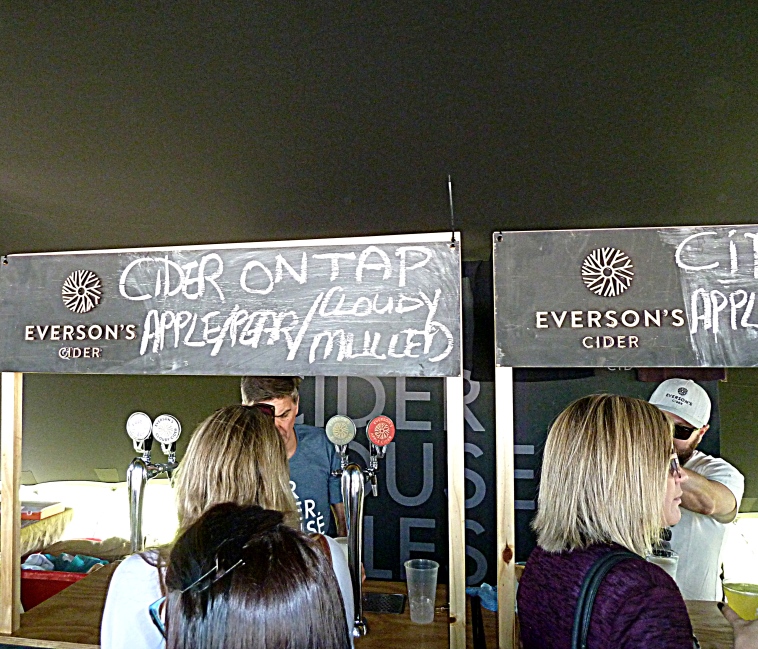 Another sneak peak and reveal at the festival were the newly bottled brews from Notties Brewery. The brewery who are based in the iconic and historic Nottingham Road in the Midlands, came down to Durban showcasing the new labeling. I LOVE the new look. It’s fresh, clean and rather “crafty” 🙂 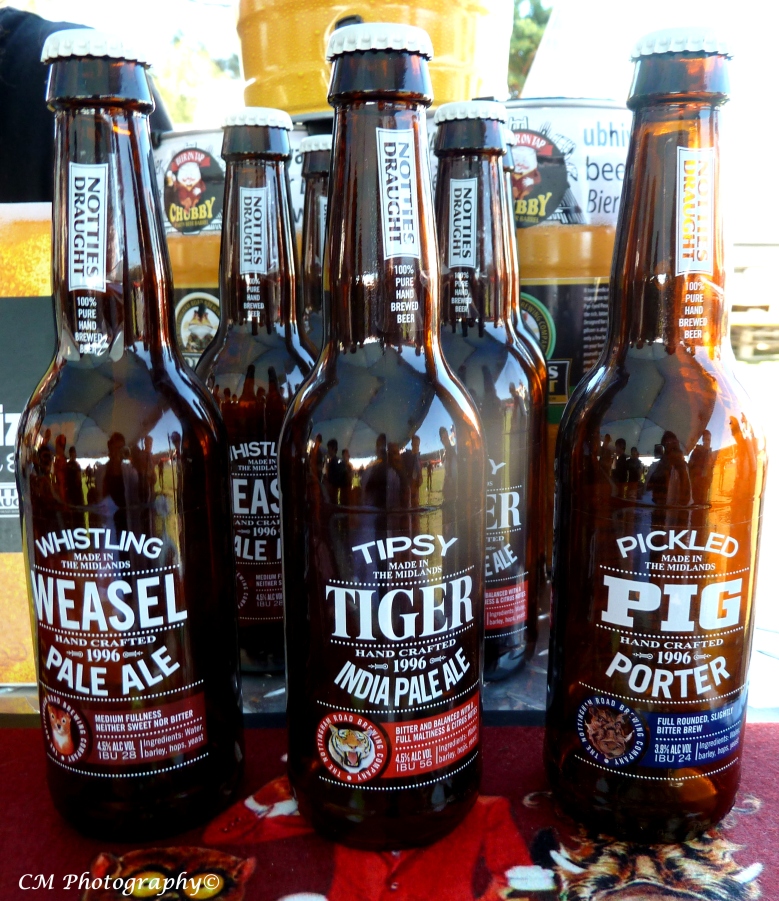 And last but not least the wonderful folks from Clarens, who to my naughty sense of humor much delighted in serving up “Blonde Nuts” on the day. They’re just the best. Love you guys! 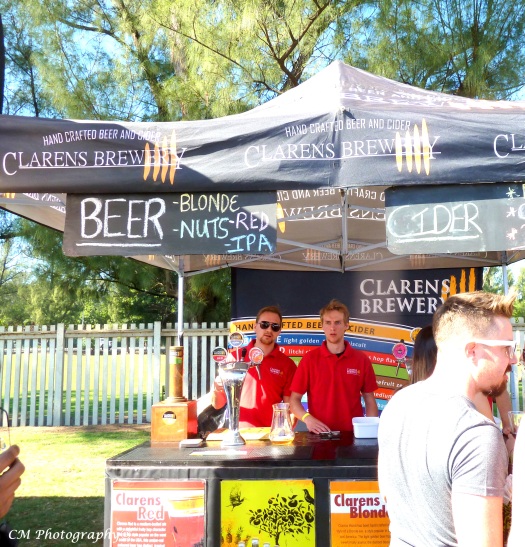 I think the event was a success. Proud to see the breweries come out form all the different cities and towns around South African to present and showcase their brands. I think these types of festivals are needed in SA and truly do connect people who otherwise would not have the opportunity nor knowledge. Buy local where you can and always consider supporting your own before importing.

It would be great to see everyone and every brand that was at this event, in all the restaurants and bars across South Africa as an end goal.

A huge thank you to Gavin Kearns for having us tag along to document the day.

A huge thank you to all the sponsors and brands who were involved in making this not only another success but bringing it together. 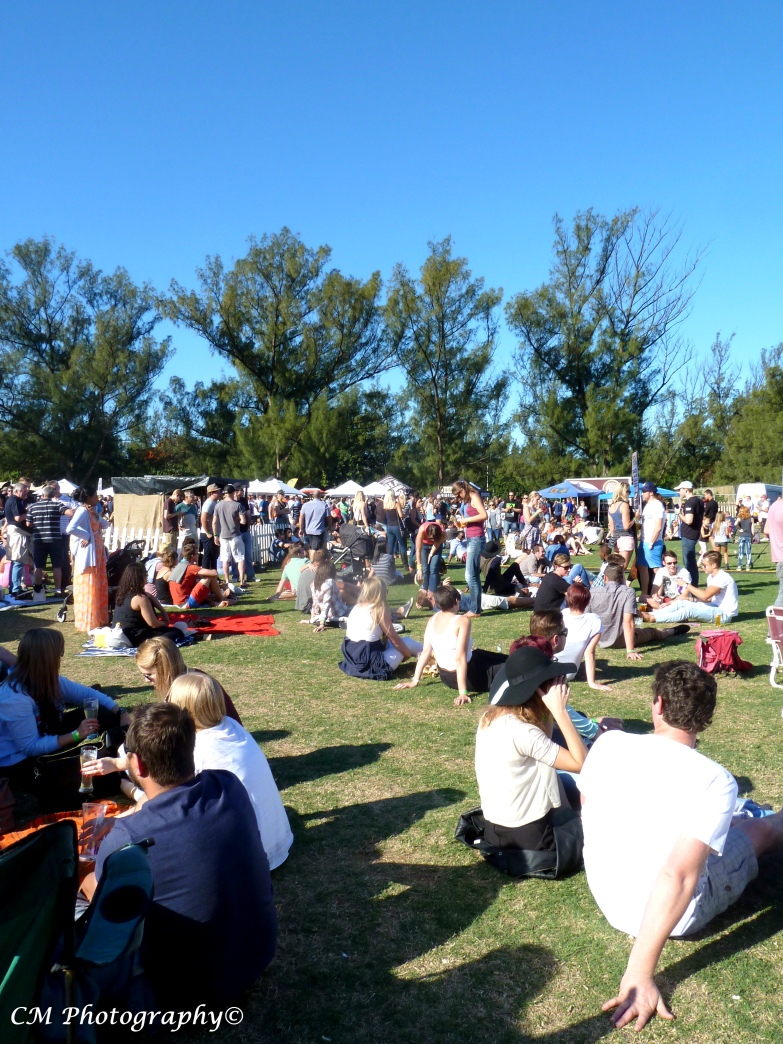 If you know of any crafts and ciders I should be diving into, email or DM me on The Twitter and I’ll take a look around.

One Reply to “Its International Beer Day & Durban Rocked the SAONTAP Festival.”