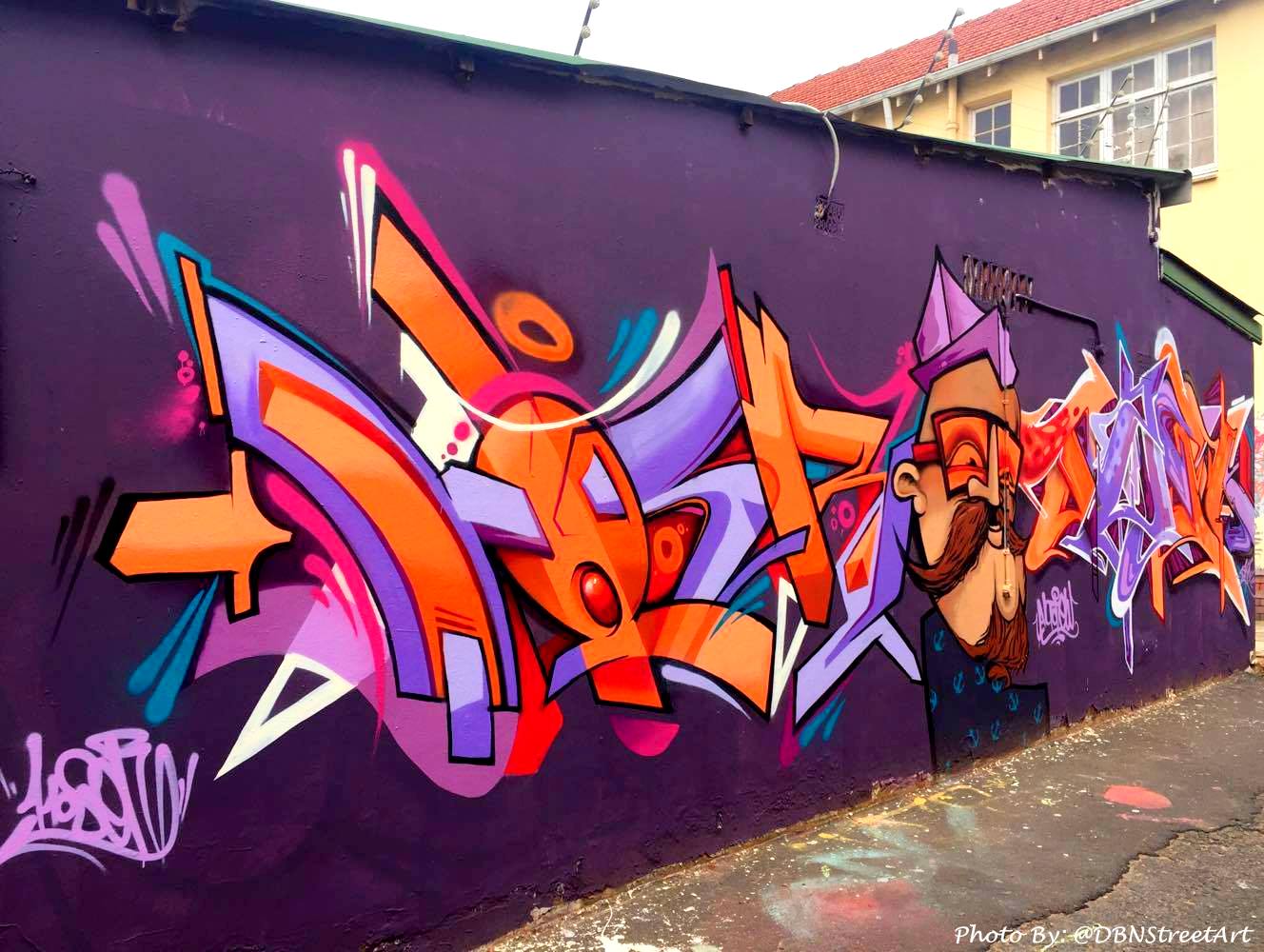 It hasn’t even been a week and I am wondering when the next walk is. In fact I am wondering why there isn’t already news of the next walk. I have washed, scrubbed and readied my Tomy Takkies for the adventure. The pineapple pants have been ironed (Lol they never get ironed) and I have my water bottle at the ready.

“Think of it as the pre-battle scene with Aragorn, Gimli and Legolas at Helms Deep”.

I love walking, I miss the days where we would hike Sani Pass several times a year, and in between that wonder the hills of Giba Gorge weekly. Walking has always been something I have enjoyed, both my adoptive father and my godfather were/are men of great height, both being over 6ft. Long legs, mean big strides and big strides cover great ground rather quickly. I learnt quite early on that if I didn’t keep up I would get lost. And so keep up it was.

Its how I found my love of travel actually, as a child very weekend my dad would haul me off into the city and we would wonder the city streets for hours, just the two of us, and when I say young I mean from about 3 years old. In fact I got lost once but that’s a story for another day. And then of course when I am abroad, I find no better way to explore new cities, towns and places than on foot. There is something else about being on foot, you find hidden streets and bump into random people and the smells, of all the smells along the way.

I remember my first couple months in Abu Dhabi, evenings were my only time off work and I didn’t realize that the UAE is a place that only starts its day at night. Stores open later, or stay open until early hours of the morning, much as with takeaways which did nothing good for my diet. And people come alive.

“I used to play basketball with a group of couch surfers at 23h00 at night on the regular!”

Yes, basketball, yes me and yes at almost midnight. And often that was just the start, after that you’d go home, shower and head off to meet for a beer with the same group. It’s a very different life there, it’s not all glitz and glam and but it also has its hidden secrets.

Anyway, so walking, yes it’s a thing I am into and even better? I love using it as a way to travel and explore my own city. So when my friend Laura told me about the BESETDurban walk that I heard about but never attended, I jumped at the chance to tag along. This walk’s theme was Streetart. 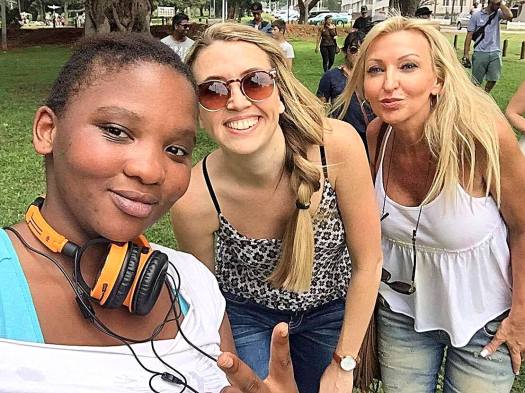 “Which I absolutely love, streetart in general is such a beautiful and artistic form of self expression and raw unedited thought.”

At least that’s what I feel. I also feel there is a crazy misunderstanding of streetart, graffiti, tagging etc. There is not enough factual information for those that don’t paint against those that do, for those that don’t to make the assumptions they do, without asking the painters. Which is why there is sometimes a misconception or negetaive attitude towards the artform? Luckily for us our tour guide was none other than the well talented man himself EWOK! 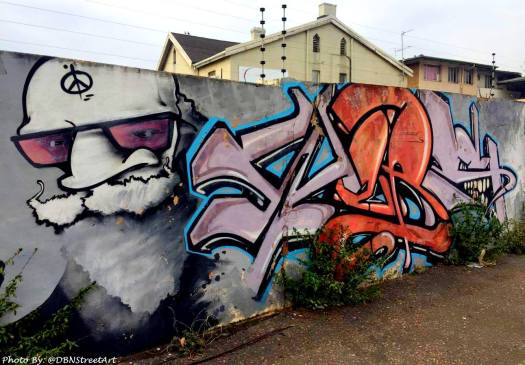 Heading up the walk Ewok, Jonas Brauses and Dane Forman, somehow managed to control the crazy crowd that we were, and when I say crazy I mean the creatives of Durban.

Let me tell you we came out in full force. Photographers, writers, bloggers, igers, radio presenters, extreme sports personalities and well, everyone else. Kids, moms, dad’s everyone who loves to learn, see, touch and explore, we were there. Meeting at Ambrosia Cafe in Glenwood we made good use of the space and I am sure made a few clients at Nev’s Barbers wonder what the mass of people outside were doing, especially the girl in the pineapple harem pants.

“Where were they going and why are we all standing on the corner like that?”.

And then in a very train like fashion we all moved off as one and our walk begun.

What a walk it was, we walked down roads, alleys and the whole way we were being taught about the various street art, graffiti and tags we passed. Often people would stop to take photos and videos of our finds. Selfie’s were par for the course and of course, I came across a random ironing board which left me entertained for quite some time. I have decided to call it #StreetSurfing, you may laugh now but one of these day’s I’ll be at the X Games okay!

Something I quite enjoyed personally was watching everyone else wonder the streets. I don’t have a car and so I travel via public transport or foot A LOT and so am used to being “on the ground” as such, but many people don’t travel this way anymore or out of not needing to do so. So for me watching them experience their own city in a “new” way was very fascinating.

“I think some people were a lot more relaxed wondering around some of the areas than others but I think everyone learnt something and gained a whole new respect for our “streets” and the people that live, work and use them daily”.

Speaking of our people, we were VERY fortune to walk past and then even further visit inside of the most amazing places in our city. The Green Camp Gallery Project, this urban space is definition of the word art. With murals, art installations, and just a mix of creativeness huddled in this physically broken down roofless space, it’s a whole new world, a world that needs our protection. I encourage you all to go and find the Facebook Page, and sign the online petition if you are not based in Durban, KZN and if you are, to actually go and visit the property and see why it needs to be saved. After we explored this stunning place we carried on with our tour, eventually nearing the end we took a 20 minute open exploration session. 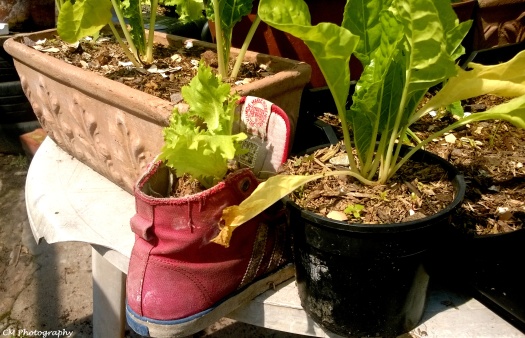 This allowed us to chat among ourselves, meet new people, make new friends and just enjoy the atmosphere we were in. Everyone was so happy, content, excited almost just about being together, we were far more family like than just a group of random strangers, most who have only ever met on social media. I always love meeting people that I have made connections with on social media.

For me it’s a game changer, often people portray a completely different side of themselves online than they do in reality, I know I do this is one aspect as well, one I will soon reveal but for most it’s human nature to find their “better” sides when you’re placing yourself in a group. It’s a natural human instinct. I am proud to say though that I have met so many more people who are exactly what they appear to be online than not. In fact it makes me giggle when I see this “character” standing right in front of me. Chatting as though we are old buddies, then again some of these people know more about me in a way than my family do.

Near the end of our tour and our walk back to Ambrosia we all gathered for a nice group/family shot in front of a lovely mural. The more I look at the image the more I get excited for round two. So many people, so many laughs, so many friendships, so much Durban! Something I truly enjoy about being in this industry opposed to my previous career is that people not only allow you to be who you are but they encourage and invest in it.

So a huge thanks to all those involved in organizing these walks, a huge thanks to EWOK for teaching and educating us all on the art of street art and the people behind these amazing works.

If you have never had a positive attitude towards these art works I challenge you to stop, and actually look at the painting, look at the talent, the message and most importantly the expression. The tainted idea that it’s some rebel kids doing this has got to go. These artists have families, children, wives, husbands, and most full time jobs. The perception and idea of who they are is wrong and it needs to change.

Yes, I am a #Besetter! Are you?
You can find me on almost any form of social media under the handle (@CeecesTravel) but I do love my Twitter page the most! 🙂