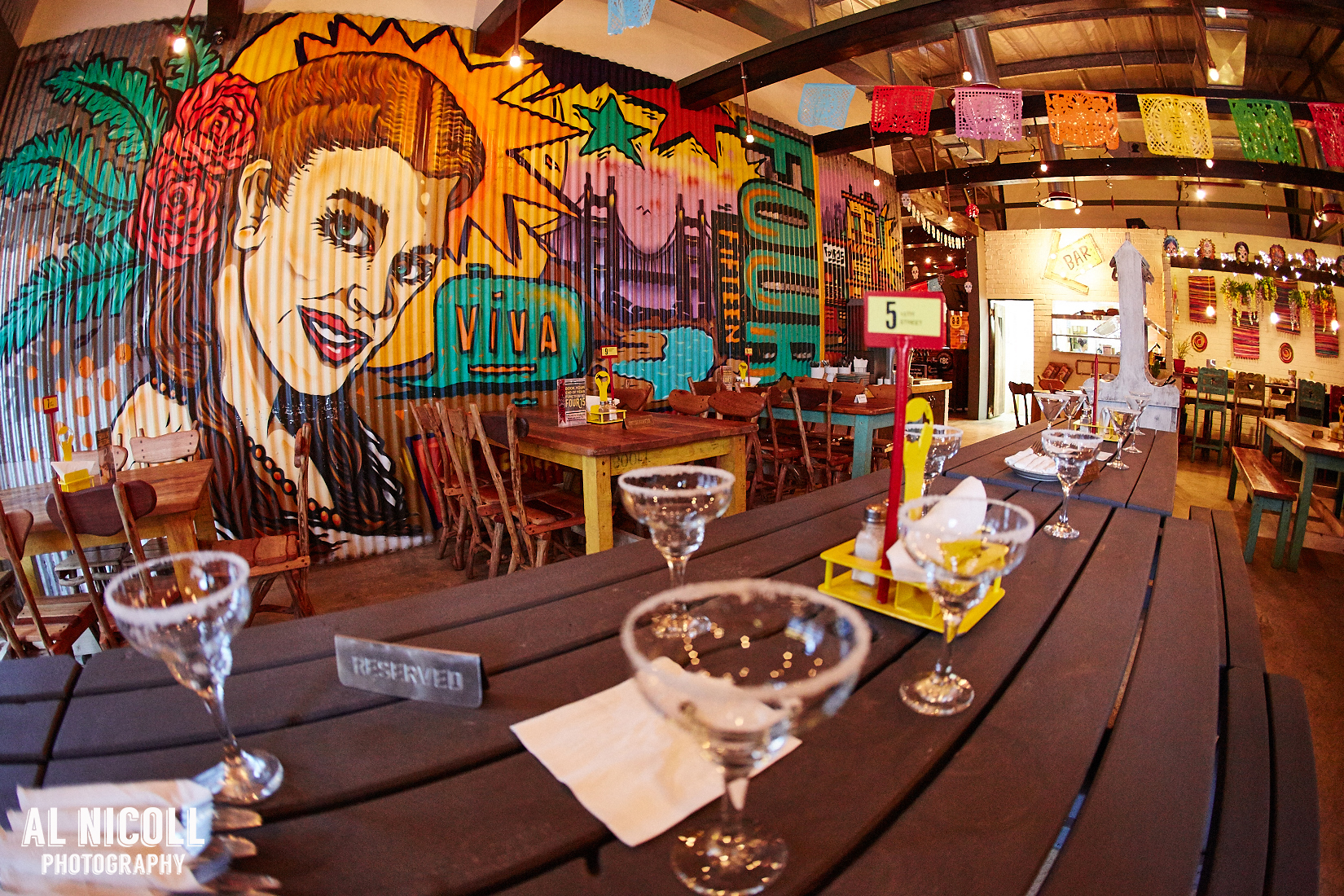 I love trying out new foodie spots when I travel. And I have often wondered why people don’t explore as much at home then when they are abroad. Luckily thanks to the new wave of eateries and independent brands opening all over the world. We are now encouraged to do exactly tha

Four15 is situated in Durban North in Kwa Zulu Natal. KZN as it’s known is located in my home City of Durban in Southern Africa. And let me tell you. We are brimming with innovation in he culinary sector. Everyday I hear of a new pop up show or food truck or eatery. I don’t have enough stomachs to try them all and that gets me even more excited for the future. Not so much my diet but then again I think good food wins every time.

As afternoon set in Al and I went off to Four15 Burrito to investigate their menu and all the wonderful #streetart work done by non other than famed Durban local That Damn Vandal!

Know this. We were not disappointed. From your entrance to the Four15 entrance you are hit with an explosion of color and funkiness. The design and layout of the establishment is really well done and I enjoyed being in the space. 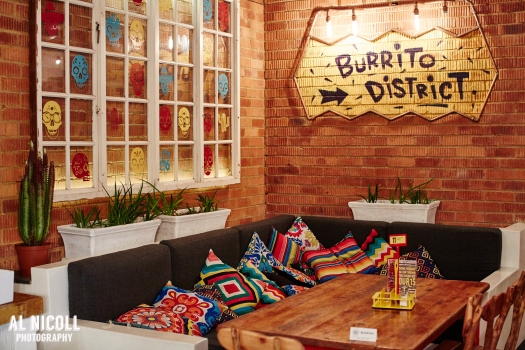 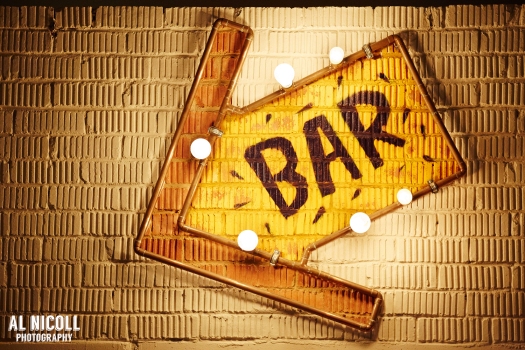 The only thing about the layout I would suggest is that during the evening the main front doors get opened. Weather dependent obviously. I say this because I found sitting at one of the table outside with the doors closed we battled to hear each other speaking as all the noise inside the eatery is trying to channel out of one entrance.

Upon arrival very friendly staff let us wonder around the eatery happily taking photographs and snap chatted. If you have not yet been to Four15 my suggestion is arrive with a FULL power bank. Honestly I just wanted to stay there for hours taking photos. It’s so creative and expresses so much talent/art/ and vision. I think I may have to add it to my co-office list.

Finally though we did manage to sit down in our seats for more than two minutes and order our drinks and starters. 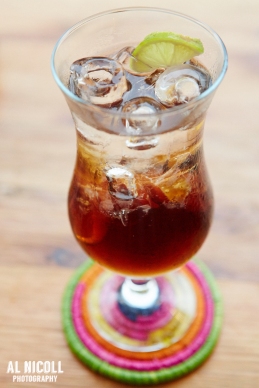 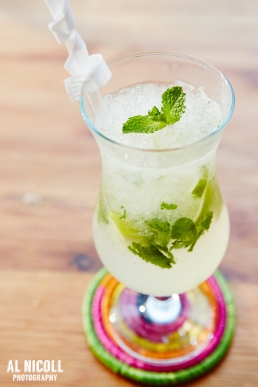 AL Nicoll Photography_Four15
I thought going with the whole “Mexican” theme of the eatery that I would order the Nacho’s starters with freshly made guacamole/cheese and salsa’s. One, which had been called “Mother in law’s tongue”.

Pre-warning? They aren’t kidding. It sure did have a kick in it.

Not that this cheese obsessed feign paid much attention too. I was way to busy perfecting my “dip scoop and funnel” technique with my nachos and cheese. 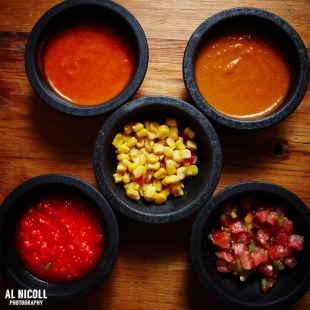 AL Nicoll Photography_Four15
It became so popular that even the flying ants decided to swoop in and join us. Giggle. The real mister however was Al who had the dip scoop and funnel method down to a T even managing to give a snapchat lesson on how to eat a triangle nacho in a square bowl.

I’m not sure what the table next to us thought but we had fun. We also had the Shrimp Cocktail with our starters order. The prawns themselves were cooked perfectly. Well done to the Chef on duty. Many people tend to over cook or under cook prawns especially when there is a sauce to go with them. These were just right and I could have spent the night simply just snacking on glasses of prawn cocktails. 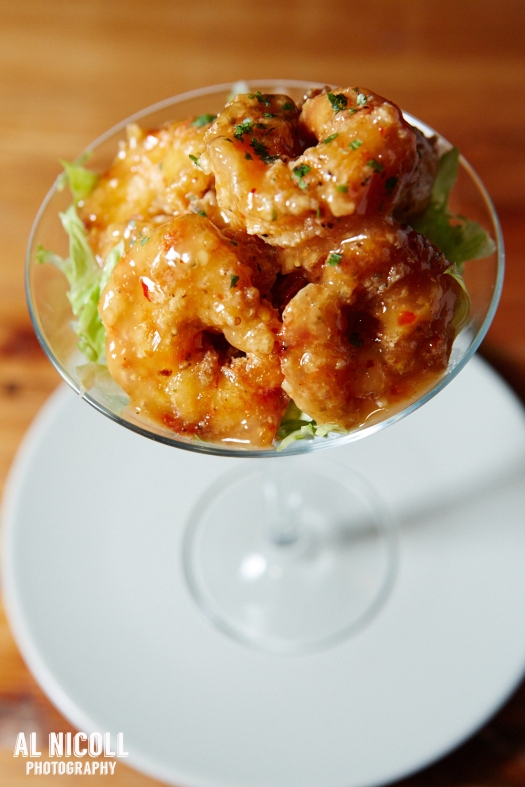 During the meal we were checked on by several members of staff which was lovely making sure that we did not get forgotten outside but as the eatery got fuller it did get a bit confusing as to who we had ordered what from?

I think the venue is one of those places that have 3 characters much as the day goes through its 3 different phases. I can imagine sitting outside during the morning after a long run enjoying a fresh and healthy meal. And then I can imagine popping in for lunch and a quick work catch up session during midday. And then there is doing exactly what we were. Having an evening meal.

The light mid afternoon truly lights up the space and creates a very welcoming atmosphere. And the spacing inside during the evening is well managed. As we needed light to take our photos we did not sit inside at the back. Which I will do next time as we were told and could see just how popular the raised wall back seating area was. 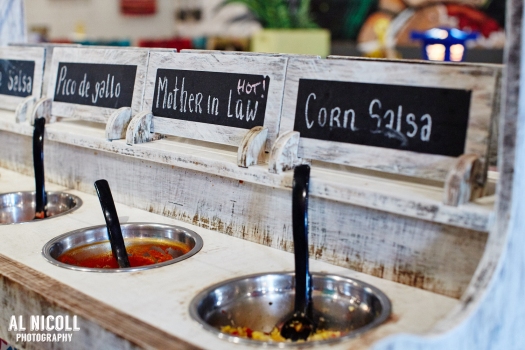 Unfortunately I was disappointed in my main. The first bite was lovely but second bite in and all I tasted was oil. We came to the conclusion that the oil residue which was both visually and tastefully evident was due to the cheese used or possibly that it hadn’t been properly patted/ in the kitchen? Unfortunately the entire meal was the same and so I did not finish my meal.

The manager did offer to take it back to the kitchen but I declined and said it was okay. And we did chat about it and so for future production they are aware of the issue. I really did find the staff well equipped to handle any questions or complaints. They were also all brilliant at making meal and drink suggestions. Well done on that note. 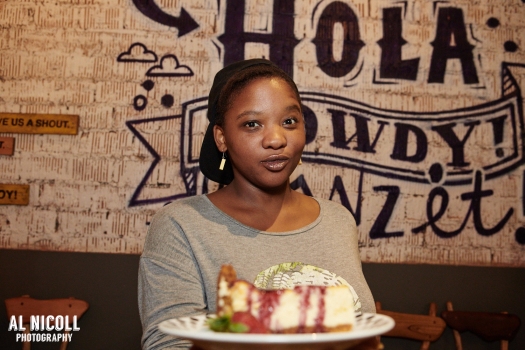 Al had a little piece of Chocolate heaven. Which truly did look like Chocolate heaven! I quite enjoyed the twist that he made though by dipping his dessert into he’s coffee! Now that was a treat! Yum! Yum!

So what are my thoughts? We had a great time and I love the venue. It’s great for hosting birthday parties or meetings during the day. There is parking close to the eatery and plenty access and seating space. The staff are well trained and know what they are doing. Prices are slightly above mid budget and the food portions are good. And I will be back. 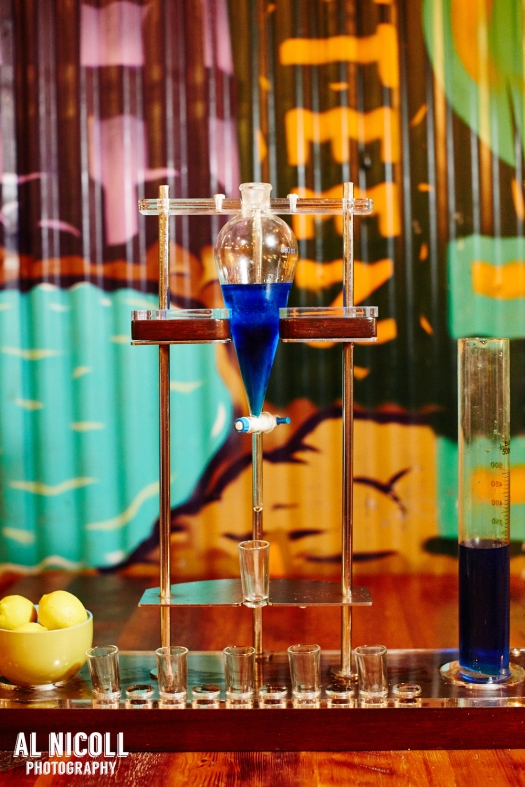 Tequila Droppers. Only for the brave!

Thank you to everyone who assisted us and answered all our questions.
We look forward to seeing you again.

You can find AL Nicoll on his social media platforms under @Alnicoll for all platforms.